Zosia’s big news gets a mixed response and Jac remains suspicious about her real reasons for returning to Holby. Zosia’s situation is further complicated when a handsome American turns up wanting to tempt her back across the Atlantic. 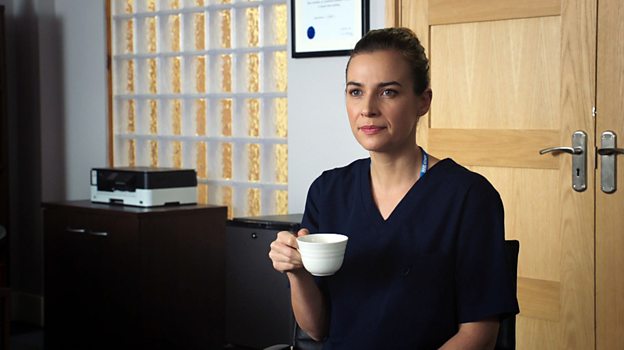 Sasha is rattled and embarrassed when an old flame appears on the ward with their ill partner. Following diagnosis Sasha gets to try out his new transplant procedure and by the end of the day has two reasons to celebrate.

Following an incident with protestors Jason refuses to leave Hanssen’s office until his demands are met. Despite Serena’s pleading he stands firm and eventually a difficult decision is made about a long-term patient, much to Ange’s annoyance.

This Episode will air 26th February 8pm on BBC One