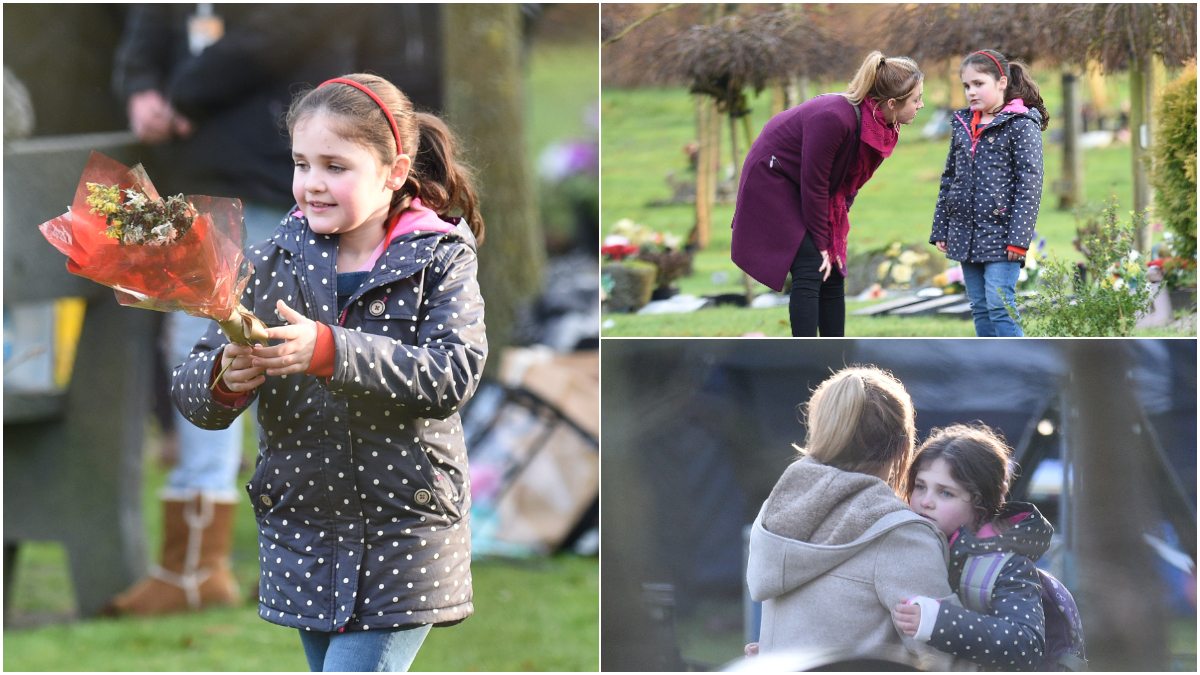 As Jade works on manipulating young Hope, Fiz has no idea just how much trouble she has let into her home.

These new pictures reveal the moment that Jade takes Hope to the grave of their dad John Stape.

Next week the truth is set to come out when doctors raise concerns regarding injuries Hope has sustained. The social worker quizzes Fiz, Tyrone and Evelyn about Hope’s injuries, pointing out that their version of events doesn’t match that of Hope’s.

The social workers call at Bessie Street and when they return to No.9, they break the news that Hope confirmed the allegations and both she and Ruby will have to live somewhere else while they conduct their investigation.

Later Fiz finds the girls in her backyard but lets them in and hugs them tearfully. The social worker calls at No.9 and tells Fiz and Tyrone she has no choice but to take the girls into foster care

The social worker calls and tells Fiz that Hope has a half-sister who has offered to take care of the girls. Fiz and Tyrone reel in shock to discover her half-sister is Jade.

As Fiz faces police questioning over the gun used in the Christmas shooting, has Jade done enough to take her half-sister from her mum?