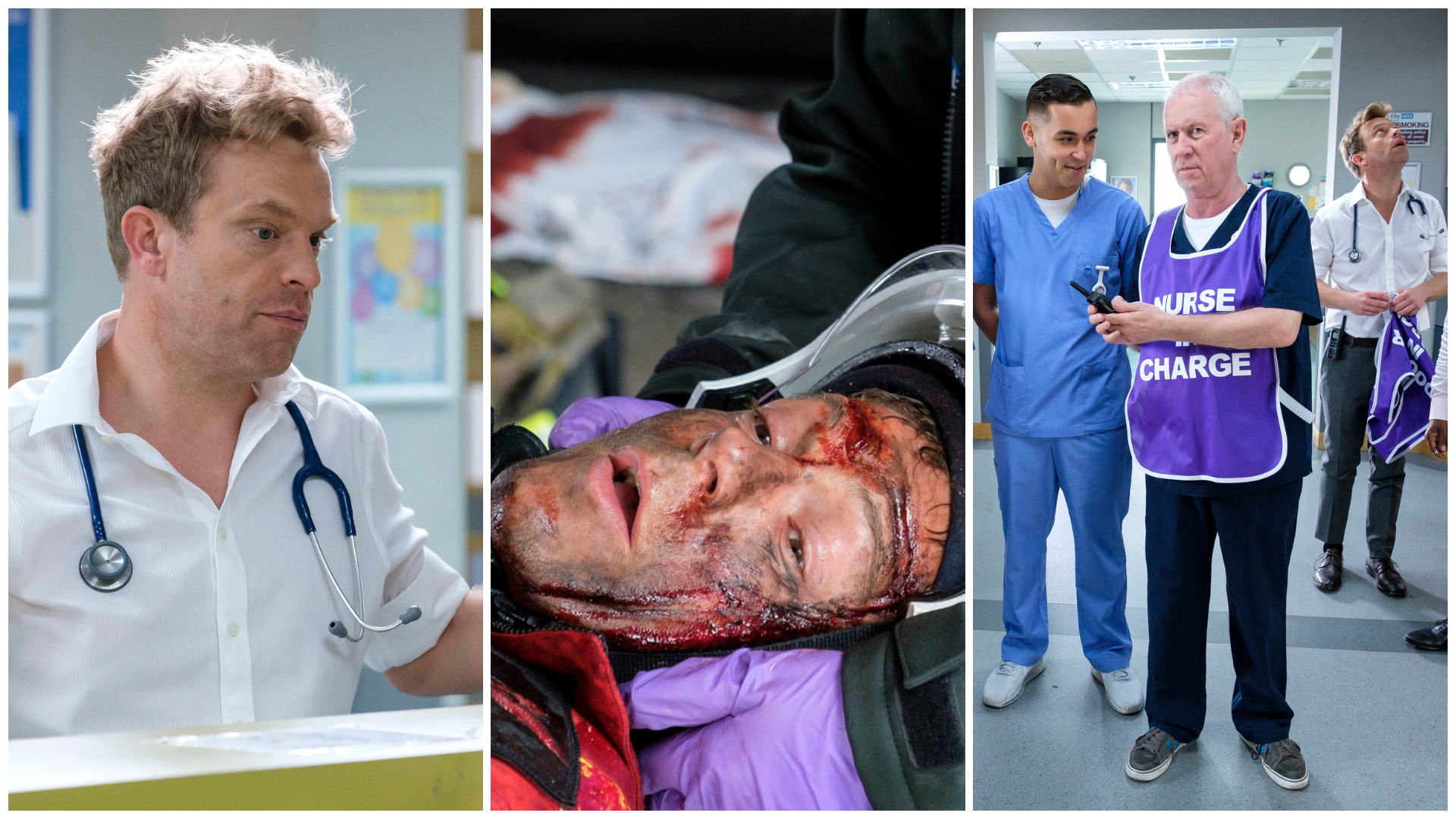 Rash is back in Holby for his mother’s funeral. Whilst at the ceremony, he hears there’s been a major incident. Holby is in chaos. A lorry has purposely driven into a market. Desperate to do whatever he can to help, Rash rushes to the ED and is reunited with his colleagues in spite of his father’s misgivings.

Ethan is called to the market incident and tends to a father and daughter trapped by a van. When a second threat, a suspected bomb, is identified on site, Ethan is reluctant to leave the daughter, but could he be putting his own life in danger as a consequence?

David’s son Ollie arrives at the ED unannounced and desperately wants to speak to his dad. Rushed off his feet due to the major incident, David doesn’t have time to speak to Ollie so Rosa steps in, but what will Ollie’s mum think when she turns up?