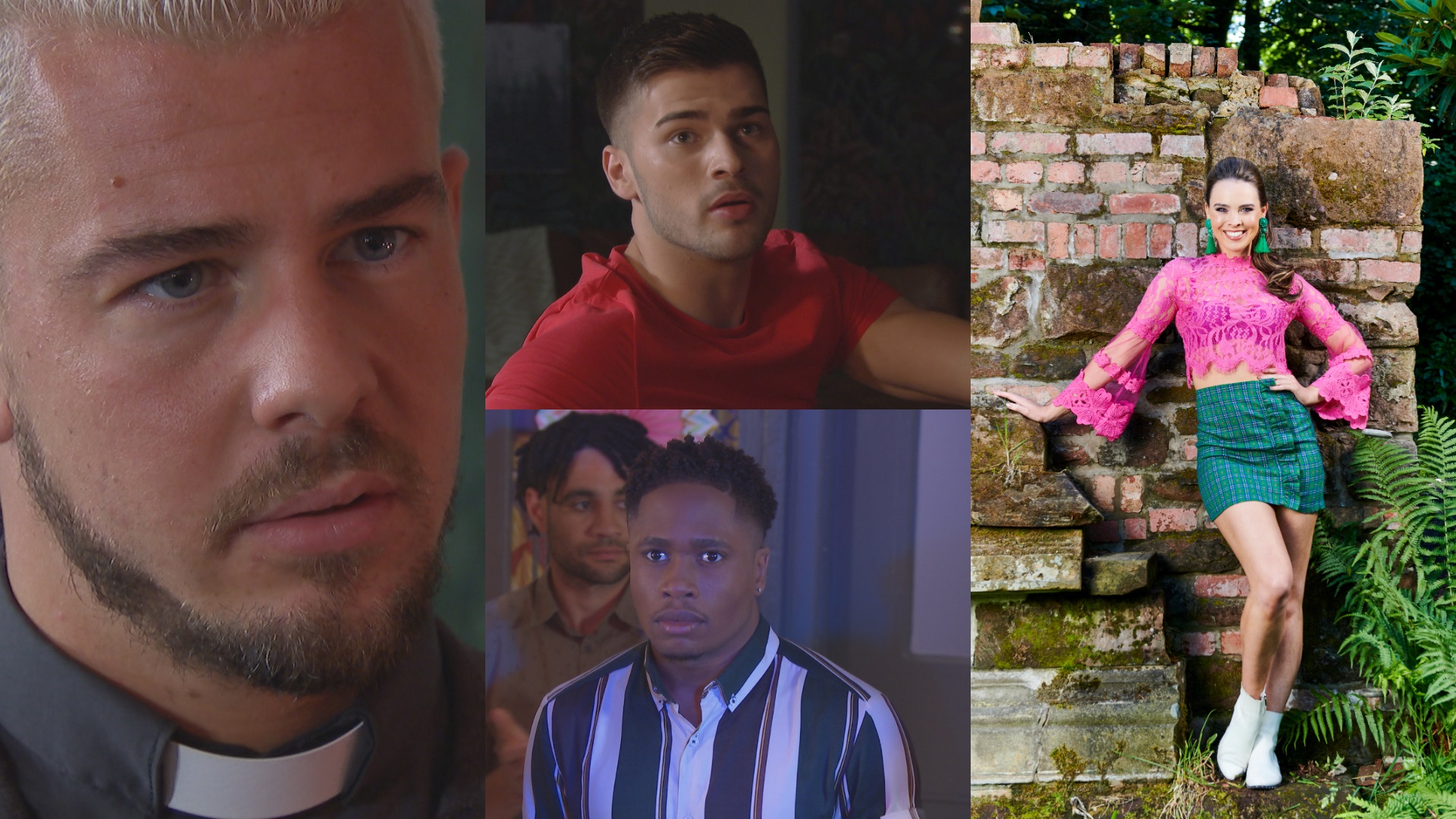 1, Mitchell is devastated to learn that Walter has had a stroke while he was with Scott and can’t forgive himself. Scott is upset and ready to quit drag after recent events. Can Diane talk him out of it?

2, Tony fails again to contact the outside world when Breda catches him with Harry’s phone, but when she drops it Joel finds it.. and the incriminating evidence of Mercedes confessing to Grace’s hit and run.

3, James is distraught after what he did to Romeo and hiding out at the Maaliks. Peri finds him and he opens up to her what James did to him.

Things get worse for James who turns on Juliet and when Marnie catches him she tells him to leave.

4, Liberty is ready for her baby scan but desperate for Sienna and Brody to make up, but when Sienna catches Cindy giving Brody a kiss on the cheek will it end in more trouble for pair?

5, Charlie loses his cool with Leah when she calls him a nerd.

6, Nancy thinks Ollie is having second thoughts about the adoption. Will he choose between Brooke or his baby?

Hollyoaks airs weeknights at 6.30 on Channel 4 and first look at 7 on E4