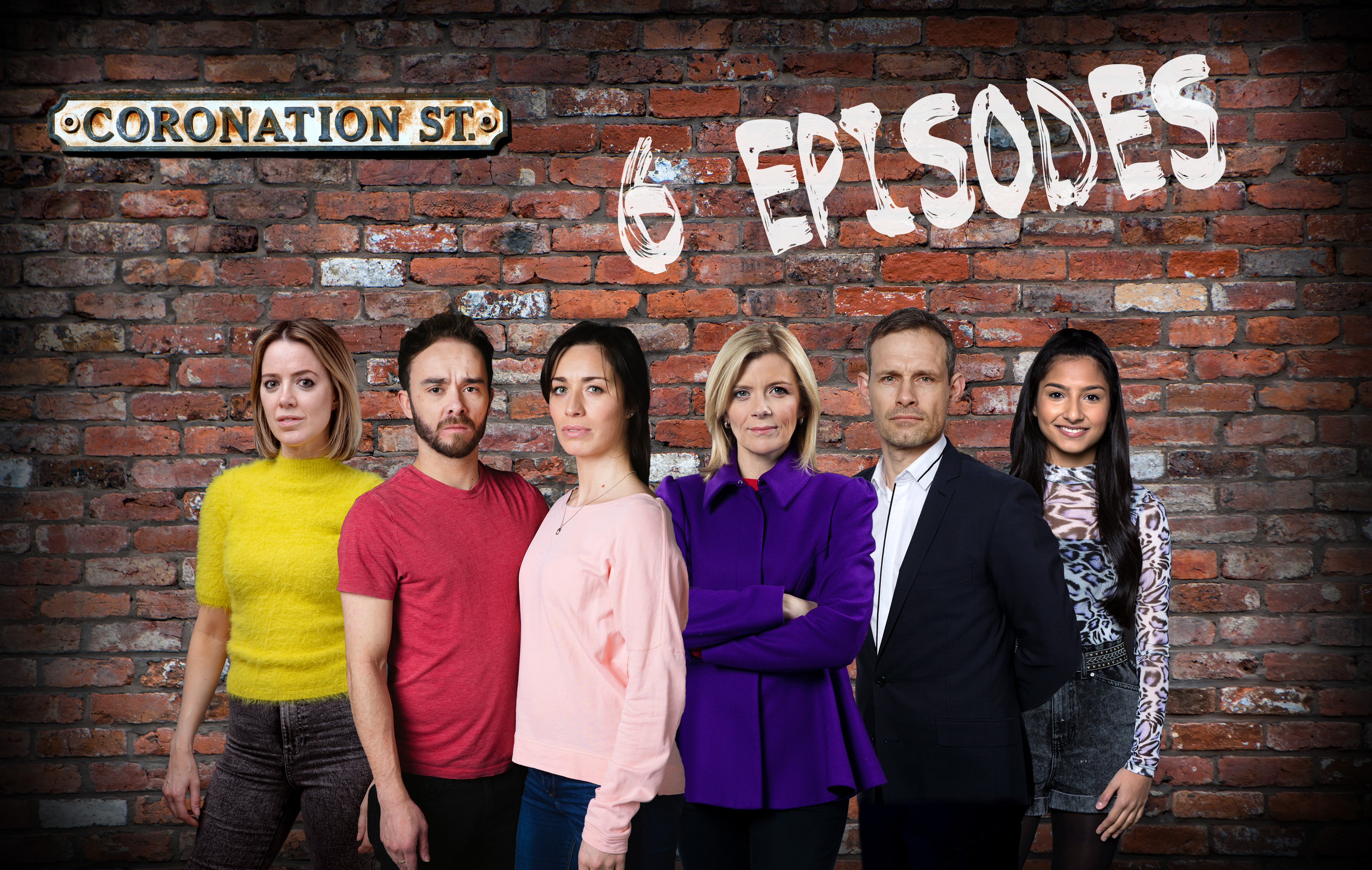 NICK’S IN TURMOIL Whilst Leanne watches over Oliver, Nick listens to a message from Sam, inviting him to join them on a day out. Nick drops the bombshell to Gail that he’s discovered he has a son from his relationship with Natasha and he would love him to be a part of the family but it would be too painful for Leanne. Meanwhile Steve and Leanne meet with a hospital mediator but their hopes are dashed when Oliver’s doctor reiterates there’s nothing they can do for Oliver and that a second opinion would be a waste of money. Desperate Leanne vows to fight for her son, even if that means going to court.

BILLY WORRIES ABOUT PAUL Billy confides in David that he’s worried Paul is taking on too much with the helpline when he’s still so fragile after his Kel ordeal. David reckons that voluntary work could be just what Paul needs.

SALLY AND TIM PLAN A SECRET WEDDING Meanwhile determined that Geoff mustn’t find out, Tim and Sally secretly plan their wedding with Abi, Faye and Gail on side. But as they enjoy a low key hen party in the back garden, Geoff overhears their plans.

ELSEWHERE Eileen returns home from her trip to Thailand.

STEVE AND NICK FIGHT FOR THEIR SONS Gail advises Nick to be straight with Leanne and tell her about Sam but Nick’s adamant that now is not the time. Nick and Tracy arrive at the hospital to find a fired up Steve and Leanne talking about specialist legal teams and spending thousands on a court case. But Tracy reaches a decision and pulls the plug on the sale of Street Cars and Preston’s Petals, telling Steve they can’t throw away their future on a court case they’re not going to win. Steve is raging and as Nick leaves a message for his son confirming that he’d love to see him, Steve breaks down at his son’s bedside.

GEOFF STILL HAS A HOLD Faye apologises to Sally and Tim for letting the cat out of the bag about the wedding. Sally and Tim play it down, with Tim imploring Geoff to stay away from the wedding. Meanwhile Alya despairs when Yasmeen admits that not only is she dreading the trial, but she feels safe in prison where Geoff can’t get to her and doesn’t want to leave!

EILEEN VOWS TO FIND HER SON Billy and Sean explain to Eileen how they hired a PI who found out that Todd and his friend Safia ripped off a local gangster and now Todd has gone to ground. Eileen vows to find Todd.

NICK COMES CLEAN TO LEANNE Gail is made up to meet her grandson for the first time as Nick promises Sam he’ll be there at lunchtime to watch him perform Space Oddity. But as Nick and Leanne attend a meeting with their new barrister he’s aware it’s overrunning and repeatedly checks his phone. Leanne’s unimpressed and accuses him of being more interested in his phone than Oliver’s welfare. Realising he has no choice, Nick reveals that the person he’s been texting is his son.

WILL SALLY AND TIM BE LEGALLY WED? As an excited Sally prepares for her wedding, Tim assures her that his Dad wouldn’t dare ruin their big day. But as Geoff begs Tim to let him come, Tim confides in Abi that he’s worried his dad might have other ideas. As the wedding party head to the car Abi decides to take matters into her own hands!

TODD RETURNS TO THE STREET As Eileen worries she’ll never see her son again, Sean returns home to find an intruder. As the intruder flees, Sean is unaware that it was Todd.

ELSEWHERE When Faye reveals that she’s got a new boyfriend who she met online, Craig masks his disappointment.

LEANNE MAKES A BIG DECISION Nick explains how Natasha gave birth to his son 9 years ago but kept it a secret from him. When he admits he met Sam a few days ago, but kept the truth from her as he was worried about the strain she’s already under with Oliver, Leanne’s furious and insists he summons Natasha and Sam to the hospital. As she meets Sam how will Leanne react?

GEOFF DOES HIS WORST Tim and Sally return from the registry office a married couple and head to the bistro for their reception. But when a police officer arrives at the reception we wonder what tricks Geoff has up his sleeve this time? Tim tells Geoff he’s lost his family and has only himself to blame.

TODD LEAVES HIS MARK As Eileen investigates signs of an intruder she finds a note stuffed under the back door.

ELSEWHERE Faye drags Craig onto the dance floor and assures him that any girl would be lucky to have him as their boyfriend. Craig’s walking on air.

JOHNNY JUMPS TO CONCLUSIONS When Dev reveals someone broke into the shop, cleaned out the till and stole all the booze and fags Johnny’s instanly suspicicious, especially when he clocks Scott giving Emma a wad of cash for Oliver’s appeal. Johnny confronts Scott and accuses him of robbing the shop. An amused Scott explains he got an advance on his wages. Johnny’s not convinced but when Dev announces the police have caught the culprits, Johnny’s forced to apologise.

TODD BRINGS TROUBLE WITH HIM Eileen reads the note from Todd asking her to meet him at an old warehouse. When Craig calls at No.11 and tells Eileen that a body has been found matching Todd’s description and they’d like her to identify it, Eileen keeps her counsel, knowing Todd is alive. However when she meets Todd he admits he’s in danger. Sean tries to get hold of Eileen having been warned by Lenny the PI. But as a menacing bloke steps out of the shadows is it too late?

LEANNE’S FACES THE WORST Steve and Leanne get a date for their first court hearing.

ELSEWHERE David’s on pins as he helps Shona move back into No.8. Alya enjoys winding Geoff up over Sally and Tim’s wedding.

Coronation Street airs Monday, Wednesday and Friday on ITV at 7:30 and 8:30 with Friday’s visit to Corrie being an hour-long.