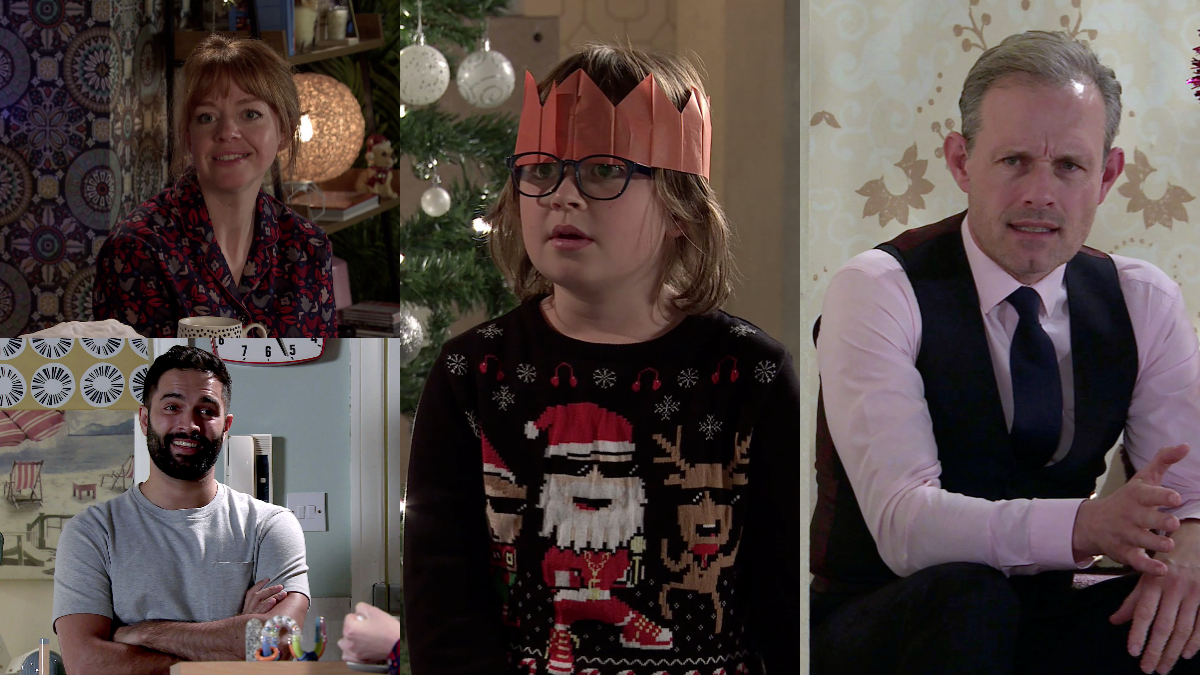 EVERYONE IS GETTING SUSPICIOUS FOR CHRISTMAS Having spent the night in the furniture shop, a forlorn Gary leaves a message for Maria. Kelly calls at the flat and tearfully explains to Maria that she needs to see Gary as he’s the only person in contact with her Dad. Having been summoned to the flat by Maria, Gary’s taken aback to find Kelly there. She explains that she received a Christmas card from her Dad and is desperate to talk to him. Gary asserts that he hasn’t had any contact with Rick for ages and can’t help.

LEANNE PREPARES TO BE LONELY THIS CHRISTMAS When Toyah and Imran get a call from social services asking them if they can foster a baby for today, they’re thrown into excitement and panic in equal measure. As Toyah excitedly babbles on about the baby, Nick rounds the corner with Sam. Making excuses, Leanne scuttles away hiding her upset.

ELSEWHERE As David and Shona wrap the kids’ Christmas presents, David assures her that he’ll do his best to carry on supporting her when she moves out. Clearly not listening, Shona suddenly downs tools and heads out leaving David frustrated. David breaks the news to Nick and Sarah that he and Shona are splitting up.