When Imran’s Dad reveals he’s having a 60th birthday party but Rana isn’t invited, Imran’s appalled and refuses to attend but Rana persuades Imran to accept their Dad’s party invitation as Hassan would only blame her if Imran didn’t show up. 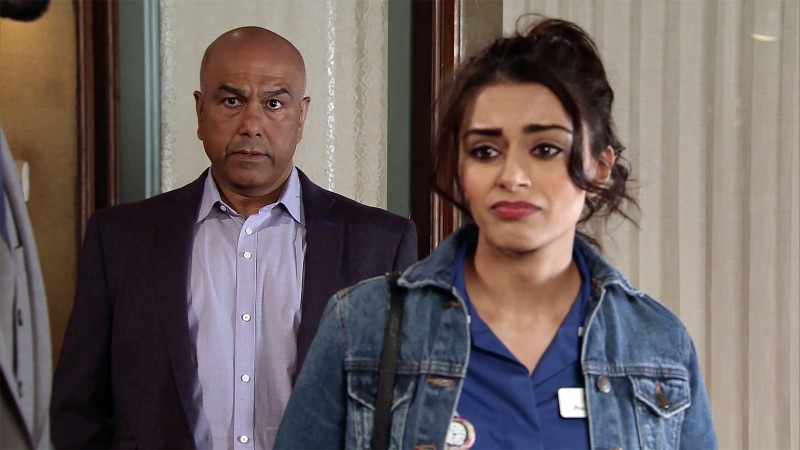 Later Rana is sad as she watches Imran, suited and booted, leave for their Dad’s party. Clearly shocked, Rana tells Kate that Imran called from the party where their Dad has collapsed.

At the hospital, Imran breaks the news to Rana that Hassan has had a stroke, but Saira bans her from visiting him and Rana’s devastated. Imran points out to Saira that should Hassan die, she will have denied him his last chance to see his daughter. 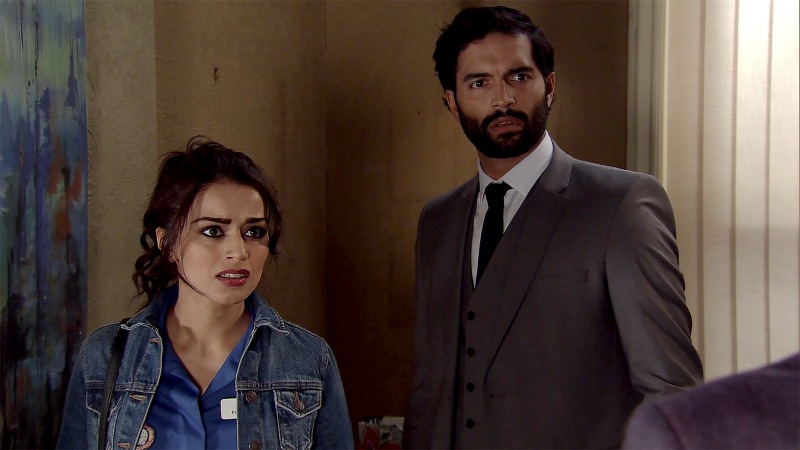 Rana confronts Saira and points out that had she not been banned from her Dad’s party, she would have recognised his symptoms and could possibly have saved his life.

Will Rana be able to repair fractured relations with her family and will her dad survive?