Toadie goes in search of the truth with Andrea, unaware that she has a hidden agenda. Karl suggests that Gary and Kyle work together on the tram. Pierce’s fiancée and Chloe are mutually suspicious of each other. Terese has some explaining to do after Vance is arrested. Bea has a recording session, courtesy of a benefactor.

Under hypnosis, Andrea reveals some details about Ian, the man who is believed to have seen Dee back in 2009, and Mark is able to track him down. Chloe’s humiliation turns to suspicion of Ebony, Pierce’s fiancée (played by Christie Hayes, aka Kirsty Phillips in ‘Home and Away’). Karl has a proposal for Gary and Kyle, but can they work together? 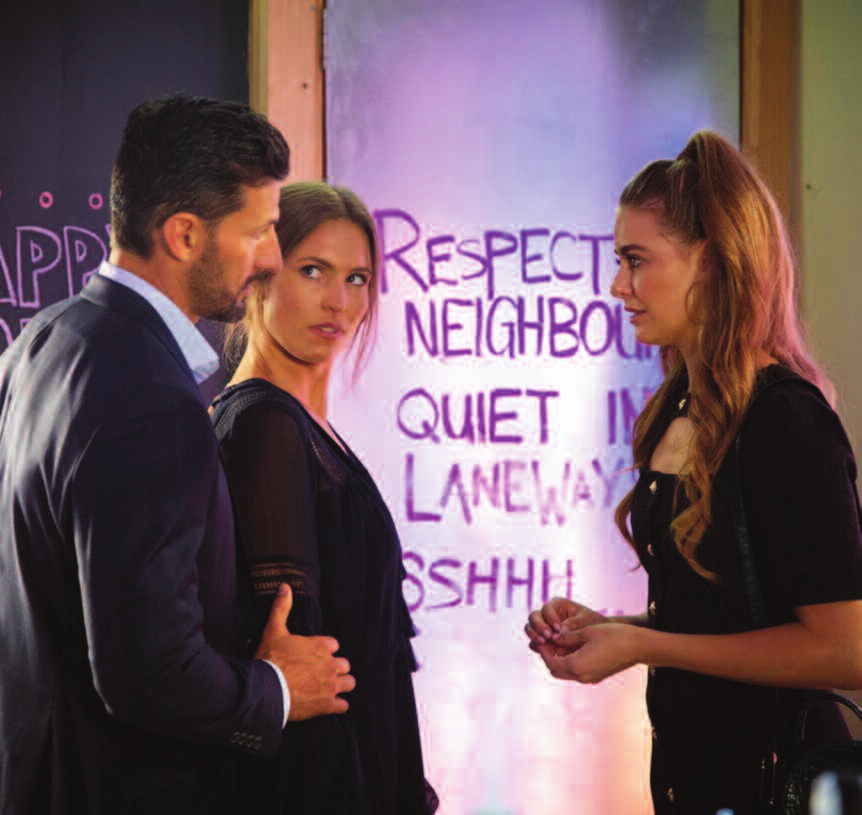 Toadie and Andrea visit Ian, but what he tells them throws up more unanswered questions about Dee. Later, Ian calls on Andrea in her apartment, and what transpires casts doubt on whether he was telling the truth. Amy thinks Gary and Kyle are destined to clash, but they seem fine when she isn’t around.

Although undecided about continuing the search for Dee, Toadie is convinced of Andrea’s sincerity and organises another visit for her with Hugo, unaware that she has a hidden agenda. Terese thinks that her problems with Vance are over, until she learns that Ebony has persuaded Pierce to buy the hot racehorse.

Leo discovers that Vance has been stealing cash from the bar and tells Paul, who calls the police. They arrive at the stables too late to catch Vance, but Terese is present and is forced to confess her past to a shocked Paul and Roxy. Bea is curious when an anonymous benefactor pays for a recording session for her.

Paul and Roxy feel hurt and betrayed after Terese’s confession. Ebony turns nasty after worming the truth about Chloe’s romantic history with Pierce out of Sheila. Yashvi, Finn and Ned turn up to lend support at Bea’s recording session, which goes well despite the animosity between Ned and Finn.