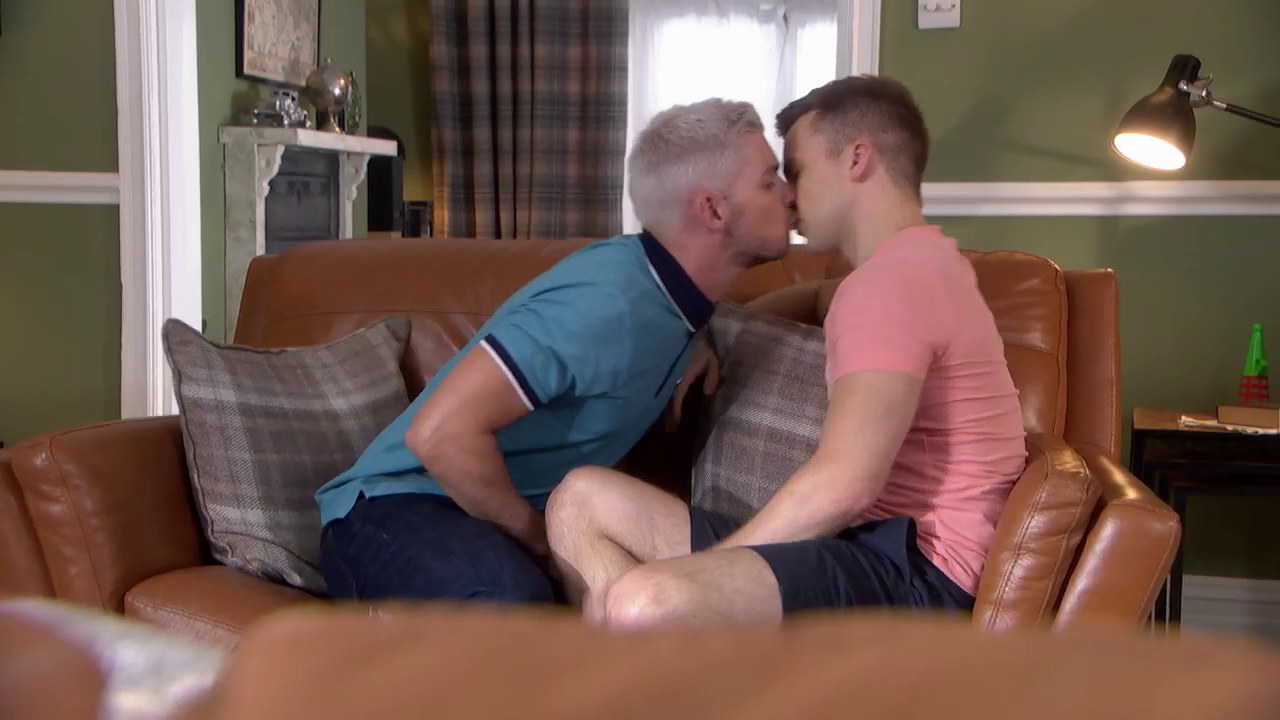 Day 400 and the rollercoaster that is James Nightingale and Harry Thompson or ‘Jarry’ show no sign of slowing down, as we head into a new week on Hollyoaks.

Sadie is once again back in the village but unfortunately for her is spotted by Liam who threatens her into leaving but when James confronts her he wants answers, such as why isn’t she giving Harry his alibi. Sadie breaks down and confesses that Liam is blackmailing her to keep quiet and stay away.

James and Harry unite and confront Liam over the hit and run. Is this secret about to be blown wide open?

Throw into the mix Harry’s reignited friendship with former boyfriend Ste who stills has feelings for him. Ste has, much to James’ frustration joined the search for Sadie to get Harry his alibi and prove he is not responsible for mowing down Grace Black.

Stuart and Jonny manage to set Ste up on a date to distract him from Harry, but it backfires and Ste abandons him to go see Harry where he admits his feelings and kisses, Harry.

How will Harry react?

“James goes for the jugular but Liam is a proper adversary and isn’t as easy to pin down as James had hoped. and when he discovers Ste has kissed Harry Pretty badly! It’s a shock that rocks him and his trust in Harry”

Why has James suddenly become overwhelmed with suspicion, and will he be able to stop it?

Well he knows Harry has a chequered past and the fact he has gotten a woman pregnant, and kept that secret, makes James worry what else Harry is capable of hiding…

Is he threatened by Ste?

Yes of course. He knows how much they once loved each other, and anything is possible with Harry, so I think James is right to feel threatened.

Marnie is worried James is turning out like his father, do you think this is the case?

I hope not! That would be a steep decline indeed but he’s certainly starting out on that path.

James doesn’t believe Harry when he says he’s going to meet Sadie, why?

He’s not sure what to believe at this point. He desperately wants to trust him but there’s still a nagging doubt because of how much Harry’s lied about in the past.

James vows to Marnie to put his paranoia behind him, will he stand by that?

I think James operates along the lines of “just because you’re paranoid, it doesn’t mean they’re not after you…” He’s trusting his instincts at this stage.

Hollyoaks continues at 7 on E4