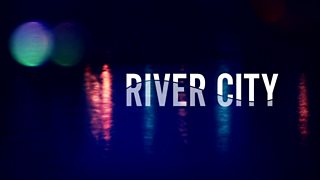 This week in Shieldinch… Caitlin becomes the number one police suspect as Joe’s murder investigation begins, Angus battles with his growing feelings for Kim, and Scarlett is filled with self-doubt on the day of the council elections.

With her freedom on the line, Caitlin’s distracted with worries about Ruby and her new baby. Poppy offers much-needed legal support and persuades Caitlin to work with her as she faces police questioning about her part in Joe’s murder.

As DCI Grant begins the interrogation, Caitlin struggles to hold it together – which is seen as an early admission of guilt. Emotions running high, Caitlin looks on the edge of confessing all, but the tables are turned when she blames DCI Grant for not stopping Joe for grooming her child.

To her utter disbelief, DCI Grant suspends Caitlin’s interview – she’s free to go. Caitlin rushes to the hospital to see her little grandson in the hospital for the first time, which triggers a dramatic course of action.

Elsewhere, Angus decides to confess his feelings for Kim but is shocked to discover she’s left Shieldinch. Worse still, Bob is back and isn’t best pleased that his friend has grown close to his estranged wife.

It’s election day and Scarlett is crippled with self-doubt. Fearing she can’t live up to the expectations of what it takes to be a local councillor, Scarlett’s buoyed by some home truths from her sister, Bernie.