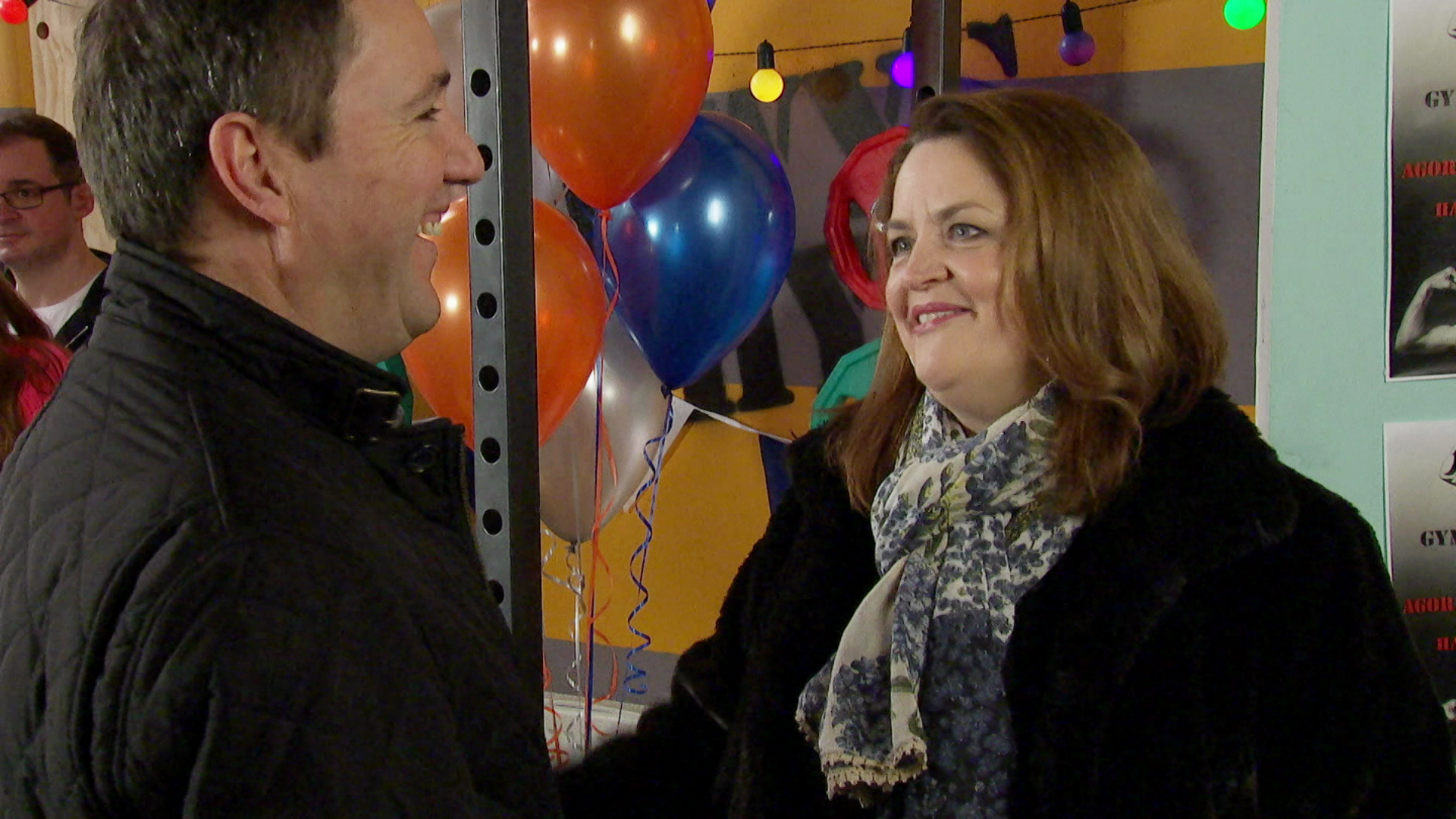 On Sunday 3rd May viewers will see popular actress and writer Ruth Jones embark on an emotional journey in Iaith ar Daith.

The series has taken celebrities all over Wales to places which mean a lot to them – and sometimes the journeys have been very emotional.

The first episode of the series saw Carol Vorderman take a trip back to the house in Prestatyn where she grew up.

This week Ruth Jones visits Porthcawl – the seaside town where she spent her childhood.

As well as visiting the Grand Pavilion where Ruth performed in many eisteddfods and school shows, she and her mentor Gillian Elisa visited Rest Bay – a beach which has many fond memories for Ruth.

“Last year, on the date he passed away, I was filming Gavin and Stacey. I got the morning off and I came here to remember my dad. I took a pebble from the beach and wrote ‘Dad’ and the date on it and I kept it to remember him by. This place is very special to me.”

Ruth’s Iaith ar Daith journey begins in Lampeter where the actor and comedian Gillian Elisa lives with her dog Cariad.

Gillian sets several tasks for Ruth during the trip, and there are some surprises too. Ruth had to learn a script and have a part in long-running Welsh soap Pobol y Cwm.

And although Ruth said she was very nervous – she enjoyed the experience enormously. She said: “Oh my God I was so nervous – partly, obviously because of the Welsh – acting in a new language which I had never done before, but also because Pobol y Cwm is such an institution, a national Welsh televisual treasure!

Ruth said it was very strange acting in Welsh after being used to acting in English. “This was partly because I was playing myself, not a character, and I don’t think I’ve done that before, so maybe a character would feel different again?”

You can find out more about Ruth and Gillian’s linguistic journey in Iaith ar Daith on S4C on Sunday, 3 May – and there are more celebrity road trips to come with Adrian Chiles and Steffan Powell.