Dinnerladies has the honor of being one of those great shows that you can enjoy over and over and every episode of the 16 written is a masterpiece.

Dinnerladies Diaries looks at just that and with behind the scenes archive footage and never seen before moments this series is a gem. 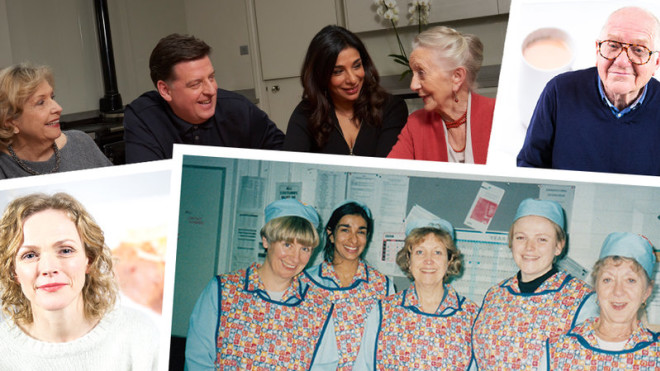 In the first episode of this 3 part series “perfect ingredients” it took a look at how the show began and with cast and crew reunited made this a joy to see plus bloopers never seen before it gave new life to a show that began nearly 18 years ago.

It is regrettable that Victoria Wood isn’t alive to be on the show in person but with many audio recordings made years ago the spirit of this great comedy icon very much lives on.

Final Thoughts: another great original from UKTV and Gold on a show that remains a joy to watch and laugh at.