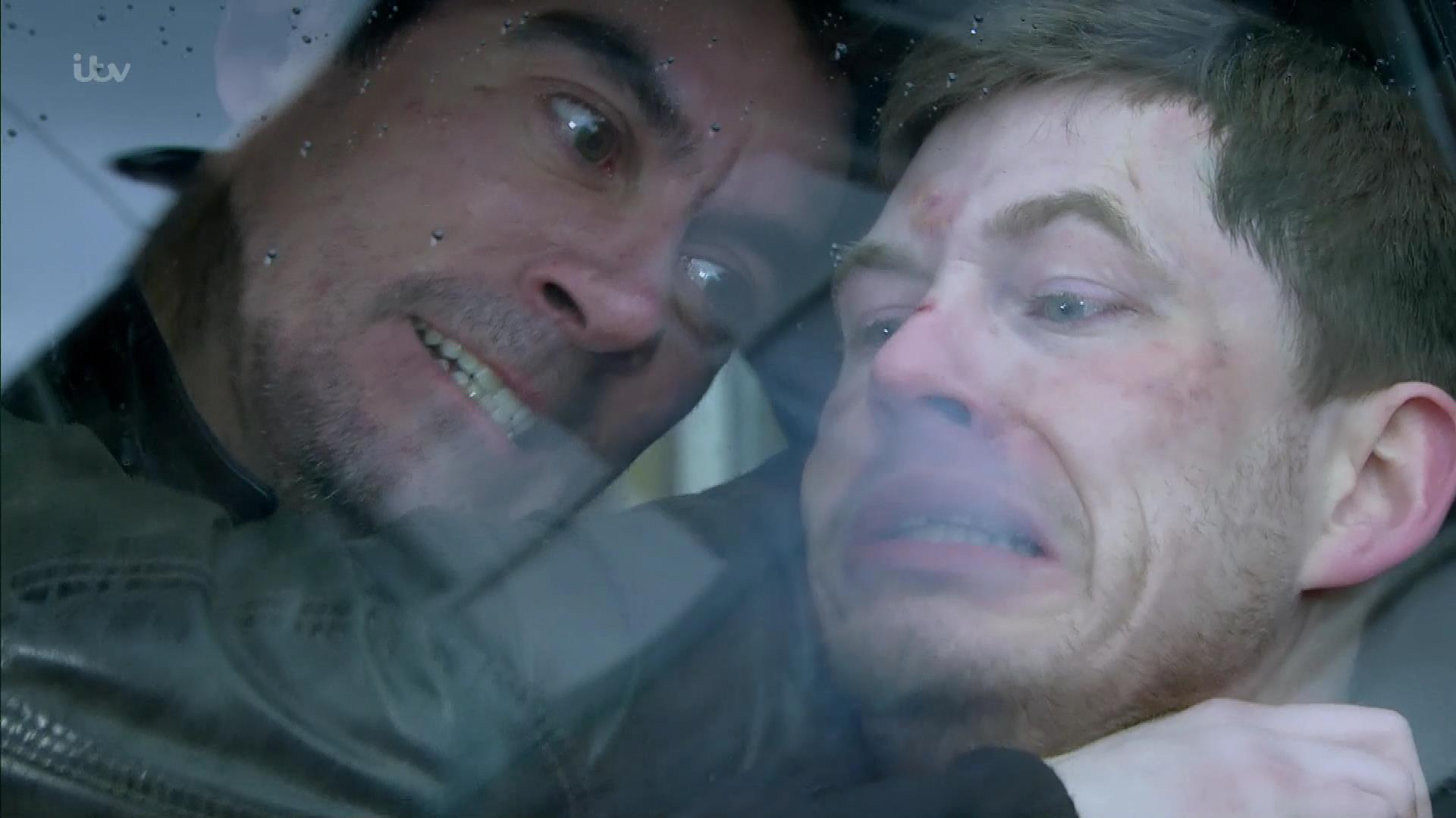 Yesterday’s episode was brilliant and everything I thought it would be!*

*Hopefully this isn’t too long*

Tracy receiving flowers from a mysterious person, I am increasingly intrigued to see what is going to come from this. Phil really is creepy and I don’t put it past him to send flowers common for funerals, a bit morbid. I am very interested in seeing where this goes and how much of Amy Walsh’s talent we are going to get to see. 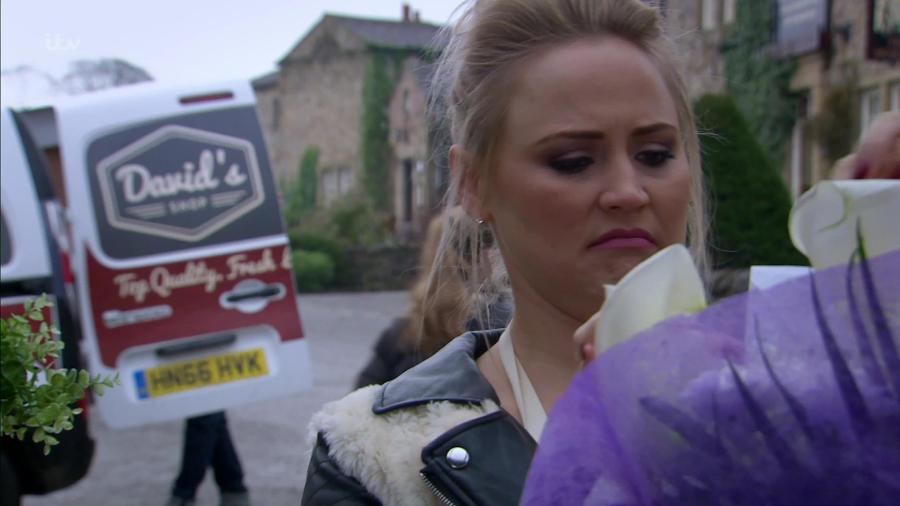 Jacob is a sweet kid who is only trying to do the right thing by Liv, poor kid has his wires completely crossed. Gabby at least is understanding about what happened during Valentine’s Day, except her jumping to conclusions about Liv’s sexuality. I wonder how many times Liv is going to have to say “I’m not gay” before this storyline is over? I remember when I first tried telling friends that I was interested in both men and women, some of them asked me if I was working towards changing from straight to a lesbian as if liking both were impossible. For Liv who doesn’t feel any desires towards anyone, without anyone to look to for their experience in the media, it must be one of the loneliest feelings ever. Much like I and others have Liv buries her feelings because it is easier than facing the truth and dealing with ignorance. I can feel Gabby becoming my least favorite person on the show, I feel the ulterior motives stirring in the background. 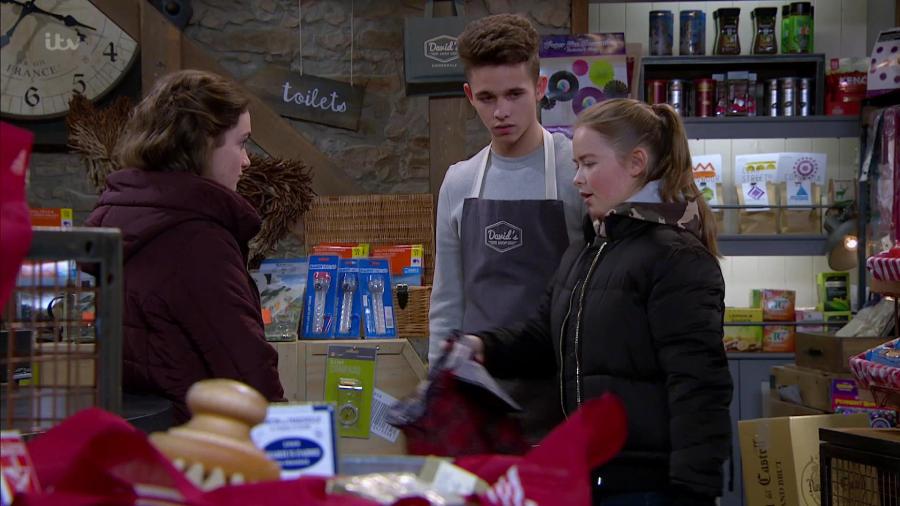 Is it just more or does Alex walk in on a situation and make it completely awkward? I get the actor is doing his job and I would never be angry at someone for it, but how much longer until Aaron boots him? I mean this in the most loving way I can, the lack of affection is palpable through the screen, just look at them sit at the table as Alex tells Aaron he got suspended. There is an invisible wall, they don’t connect on certain emotional levels. Speaking of emotions, I’m not entirely sure what emotion that was coming from Alex. I could have entirely misinterpreted those “emotional” scenes but I doubt it. On another note, how dare Alex walk into the scene just as Aaron was about to tell Robert “but…”I really wanted to hear him tell Robert he doesn’t want Alex and is going to leave him. My hopes have been dashed, right now anyway, the reunion is next week after all!

Robron is so soft, I love seeing them in scenes together in all their pent-up desire for one another. Aaron quit playing like you don’t care, this is killing me watching you trip over words. Who am I kidding I’ll bet anything that when the reunion happens he will know exactly what he wants to say and state it with passion. Even the deleted scene from Valentine’s Day shows us how much work being with Alex already is for Aaron. Being with Robert may not have been the healthiest relationship at the time but being with someone you’re not interested in is even worse. I think ultimately, as we know, Aaron gets to the point where he understands that Robert gave so much for him to be happy and that the messed up parts are worth it. In my mind, Aaron has always known that Robert never meant for anything bad to happen, that goes for everyone else in the village.

I love that Cain and Moira are back together, especially with Issac. Ross is breaking my heart as he mourns his old life. People just want to help you, there is nothing wrong with accepting it. Yes, Ross, your feelings are valid and Debbie needs to watch out, goodness knows what will happen if he finds out it was Debbie. As an audience member, I care more about the pain Ross is going through than any regrets or panic Debbie feels, as far as I am concerned she deserves to feel guilty. I know that doesn’t sound like my compassionate self, while I do still have compassion for her, she has to face the consequences of her actions. I hope she and Ross both come out of this as better people.

Michael Parr is AMAZING, I don’t know how many more times I can say it at this point, but wow those tears gave me tears. I love seeing a different side to Ross and seeing Mike do more dramatic scenes while including bits of humor, as that is how Ross knows how to grieve. And he is grieving for many things right now, it is interesting how accidents and life’s circumstances can change people. This is an important storyline that needs to be seen, especially in the world today. 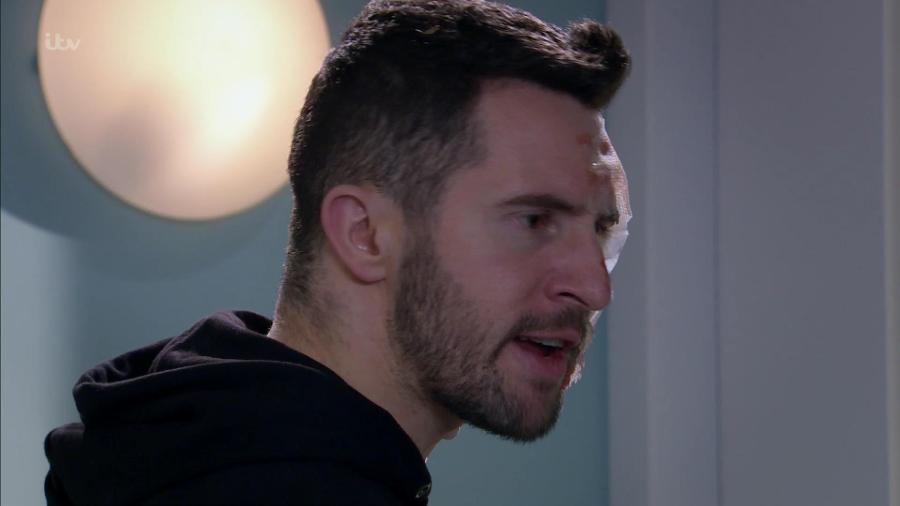 Maisie and Sandy are relationship goals! I love the playfulness of both of them, they’re at an age where they don’t have anything to worry about other than just being happy with each day they have. They make a cute couple, sometimes the quickest of connections make the most lasting relationships on the planet. We know Sandy ultimately goes with Maisie but I am assuming not before a bit of drama happens.

Debbie Dingle, don’t make promises that you can’t keep! Ross is trying so hard to be strong for Debbie when it should be the other way around. Ross has a chance to really use this situation and grow from it, from experience I know that is easier said than done. An important point I want to make, scars are BEAUTIFUL and they don’t make a person ugly. My heart sank when he said he was ugly, I feel the opposite, I find Ross a beautiful person even in the wake of his attack those feelings haven’t changed. As someone who has quite a few scars from an accident and a few surgeries, my scars were the hardest things to find beautiful again. Several years later I find them to be beautiful reminders that I made it, that they’re beautiful. I want Ross to find the same peace in his scars, I think it may take a long time, time is what he needs to heal though.

Simon Simon Simon acid is a bit extreme for wanting to get revenge on someone, even if told to wipe the smile off someone’s face! There really are some things that can’t be taken back, Ross’ skin for example probably will never grow back to the way it was before. My immediate thought when Cain brought out the plastic bottle was an “eye for an eye makes the whole world blind”, thankfully it was just water. I am not sure what reaction I would have had if it were actual acid in there. Cain has the knack for scaring the living hell out of a person, I wouldn’t want to go against him ever! Are Simon and Cain the same? I was waiting for Simon to get beat up, he should have walked away when he had the chance. I will admit that I love Cain and Debbie as father and daughter, their relationship has grown so much over the years. Cain, you’re right, you’re both to blame! Also, Cain what did you do!?!?!? Don’t tell me you actually killed Simon!

Gabby uses her friends, let me repeat that Gabby USES her friends for her own gain. She needs to be brought down off her self-righteous pedestal before it ends up costing her more than a friendship.  Well now the cat is going to be out of the bag as Liv gave Gabby her bag, now I am certain something is going to happen. I love Jacob and Liv’s relationship he is so much more understanding than most teenagers would be. “It’s who you are right now” wise words from Jacob. I hope Jacob can become a support system for Liv as she goes through this process of discovering the parts of herself she is unsure about. 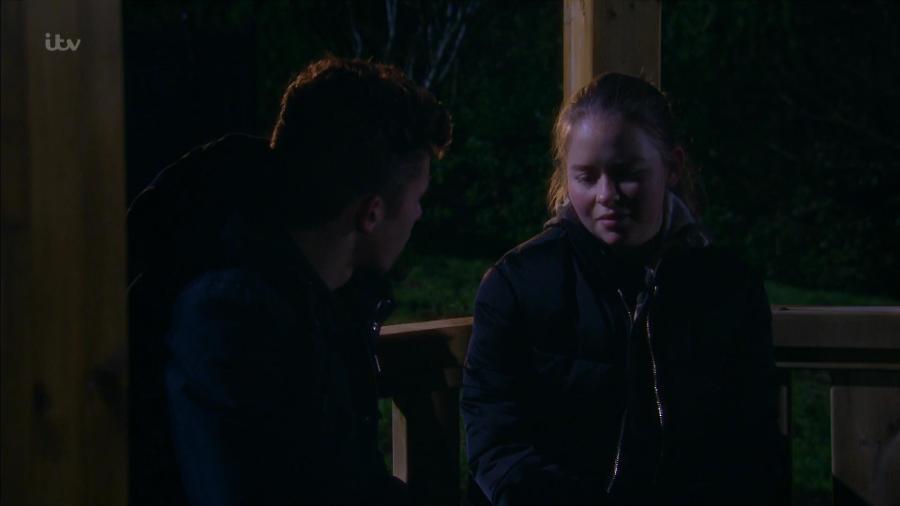 Tracy feels icky, I am glad she is wary of Phil. David is cheap, wow, Lillies? Of all the flowers he could send.  Phil creeping about, blah, I don’t like you, I see nothing but bad things happening in his presence!

Sandy come on you know you want to go to Australia, I know it is hard to leave all the memories behind, but new beginnings can happen at any time. I love Laurel encouraging sandy to go to Australia because she wants him to be happy, cutest thing ever.

Robert and Vic are one of my favorite sibling pairs on tv!  I think Vic knows that Robron both feel a great deal for each other, despite her saying Robert is wishful in wanting to get back with Aaron. It is not wishful thinking Robert give it a few more days and you will see, the love is still very much there! I think Paddy wants Aaron and Robert together, he knows Aaron well enough to know that Alex doesn’t make him happy. Our biggest clue in this is how defensive Aaron gets when being confronted about Robert. He chooses Alex because he “has to” not because he wants to, that is the worst reason to be in a relationship with someone.